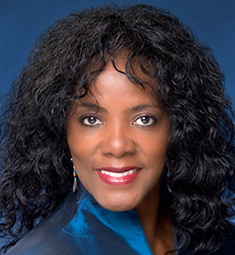 Ms. Duke has considerable regional and international experience in a broad range of consumer products and services, and, she has the vision, leadership and communication skills required to build a powerful and successful relationship in the business arena. She is currently Chairman of the Board for Culturally Designed Communities, member of the Executive Board of Concerned Citizens of South Putnam, Founder/President, Rite of Passage Initiative Mentoring Group for girls (ROPI), and member of the newly formed South Putnam Lions Club.

Ms. Duke has dedicated her life to the personal development and success of others through her marketing, sales, media and public relation skills. Her career reflects her dedication, having been instrumental in the success of, or directly responsible for increased productivity in companies located in the United States, South Africa, West Africa, the Middle East, South America, the Caribbean and Asia. She has worked with UNESCO writing and implementing Risk and Crisis Management / Water Management Programs, in Africa and Haiti. She is the recipient of the “2001”, American Businesswoman of the year award in China, Women in the Media Award (NYC), and several other titles of distinction for her humanitarian work.

Ms. Duke has a wealth of knowledge and experience in management, marketing, sales, and public relations, in both product and services. She specializes as an advisor on Economic Development to emerging and developed countries in Africa, the Caribbean and Central America. She is a highly respected and experienced business woman, with an impeccable background in Business Administration, Business Management, Planning & Development, International Project Development, and Radio & Television Announcement. She also hosts and produces her own television show “The Angel Duke Show” for the past 23 years. Her award winning, engineering firm of which she was president, specialized in mechanical, electrical, HVAC & plumbing designs.

Throughout her illustrious career Ms. Duke has touched the lives of many people with her dedication to those in need. She possesses the innate ability to generate fierce loyalty and dedication to those who work with her, because of her experience in senior and executive management, where she had a variety of functional department managers reporting to her, experience with management team, and responsibility for profit and loss.

As such, she has amassed friendships and business relationship around the world, with heads of states, ministers of finance, international nonprofit organizations, congressmen and congresswomen, Senators, Governors, Mayors, and kings of African Countries, to name a few.

As a media and communications professional, Ms. Duke has utilized her television talk show, “The Angel Duke Show”, as a catalyst to spotlight world issues, and serve as a catalyst to forge the link between diverse cultures. Ms. Duke’s charisma and integrity have always attracted the best people and companies around. Simply put, success is not just another phrase; it is Ms. Duke’s mission in life.